A STUNNING DEBUT OF POST-APOCALYTIC
FICTION
BY CANADA’S OWN, ROBERT G. PENNER

Published by Radiant Press, the book is now available worldwide
in both print, digital format and
audiobook! 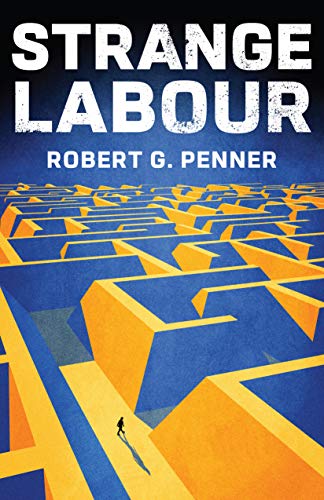 “With
this brilliant debut, Penner thoughtfully upends the tropes of postapocalyptic
fiction”

Strange Labour is a powerful meditation on the
meaning of humanity in a universe that is indifferent to our extinction, and a
provocative re-imagining of many of the tropes and clichés that have shaped the
post-apocalyptic novel. Most people have deserted the cities and towns to work
themselves to death in the construction of monumental earthworks. The only
adults unaffected by this mysterious obsession are a dwindling population that
live in the margins of a new society they cannot understand. Isolated, in an
increasingly deserted landscape, living off the material remnants of the old order, trapped in antiquated habits and assumptions, they
struggle to construct a meaningful life for themselves. Miranda, a young woman
who travels across what had once been the West, meets Dave, who has peculiar
theories about the apocalypse.