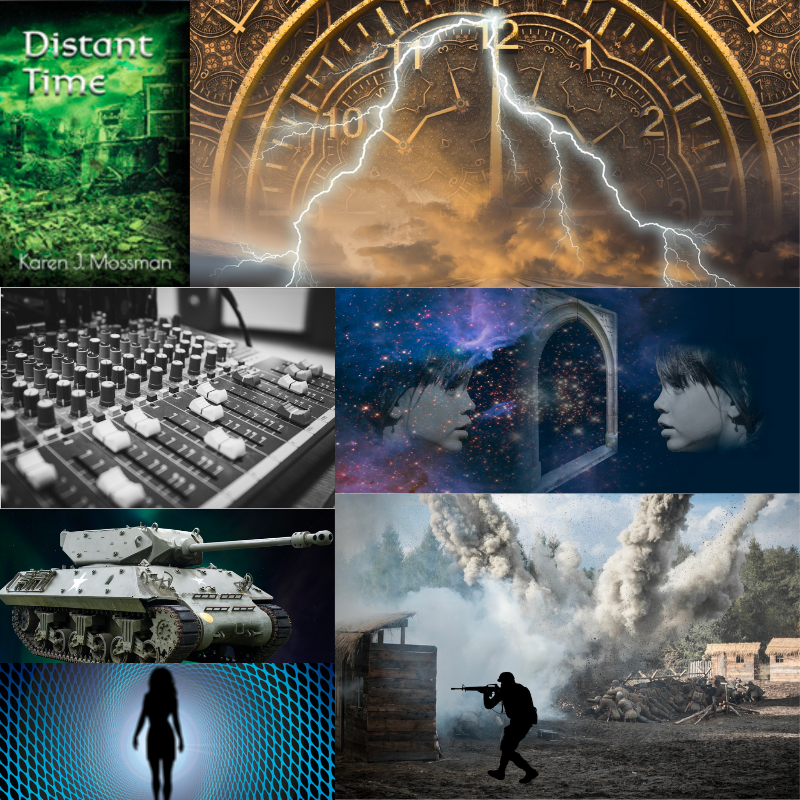 I’ve always loved time travel films, I find them so intriguing. At the moment I’m watching Timeless on Netflix.

Distant Time began life as a short story but there was something about it that spoke to me and it needed expanding into something that provided more answers.

Julie worked for the government within a team of specialists who send her and her partner back in time to gather evidence from the past.

The one time she goes on her own something goes terribly wrong. Julie finds herself in a Polish village in the middle of World War 2. Instead of being a passive observer she is visible and under attack as German soldiers raid the village.

That isn’t the worst of it, as she runs for her life she comes face to face with herself.

The book has his own page where you can find more details.