I was listening to the radio this morning and they were talking about exclusion zones outside abortion clinics. It was appalling to hear how women entering them were being harassed. It must be a difficult decision to have an abortion in the first place. There would be a lot of soul searching beforehand.

There are many reasons why a woman would choose this as an option. One mentioned on the radio was when the baby is not viable or deformed. It could be that the couple had been trying for so long and then devastated to discover they wouldn’t be having a child after all. Then to be harassed and shown photos by protesters outside a clinic make a bad situation worse.

The protesters are very passionate about preserving life but ultimately it’s not their body, their state of mind, or their choice. To protest is perfectly acceptable, but not at the cost of causing more upset and anxiety as a result.

It reminded me of when I was pregnant thirty five years ago, I had a good friend who was an anti-abortion protester. She sent me photographs of an aborted foetus, I don’t really know why, and guess she wanted to highlight the subject. I found the graphic photographs upsetting, and as a result, we fell out and never spoke again. 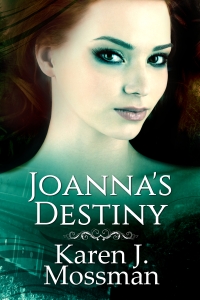 In  Joanna’s Destiny, Joanna faces the dilemma of what to do with an unwanted pregnancy. The father could be one of two men. One, an encounter that should never have happened. One of those, ‘at a party, too much too drink’ things. Besides, Joanna hated the man, he was her nemesis, and the thought of having his baby made her shudder.

This is the moment it happened. They had been at a party at a villa in France. Joanna had just taken revenge on a girl who beat her up at a nightclub. Kane had instigated the revenge, and Joanna was so angry with him, she fled outside.

‘There was a small clearing in the bushes, overlooking the bay. Joanna sat down near the fence and buried head in her hands. Sometimes she was such an idiot. She shouldn’t have done that. Why did I play straight into his hands?

Suddenly he was there, standing beside her. “Here, drink this.” He handed her a large tumbler. Standing up, she grabbed it, not caring what it was and knocked it back. It made her feel hazy, but relaxed. The music, still loud enough to hear, throbbed through her. Kane was watching her and removed a strand of hair from her face. “She’s gone.

“Good,” she sighed, leaning her head against him. She felt surreal as if she wasn’t there. It was like she was watching herself from somewhere else.

Kane’s hands were rubbing her shoulders blades, and when she arched her neck, his mouth came down, and he eased her to the floor.

Joanna was lost in the moment. His kisses were tantalisingly good. She shivered, and her body arching towards his. At the back of her mind, she knew she should not do this, but felt powerless. Her dress fell to the grass, and she hadn’t even realised until his mouth was on her nipples. Her body felt like it was pulsating towards the music accentuating her sudden deep need. It was one she hadn’t felt for a long time.

As Kane manoeuvred himself into position, she had a moment of clarity. “Kane, no!” He didn’t respond, or perhaps he hadn’t heard her. Maybe she didn’t want him to stop.’

The other man in this story was rock star Niko D’Angelo. She loved him and he loved her back except he had a career and was always on the road. She would hate for people to think she had trapped him. Beside, he once told her he didn’t want children. 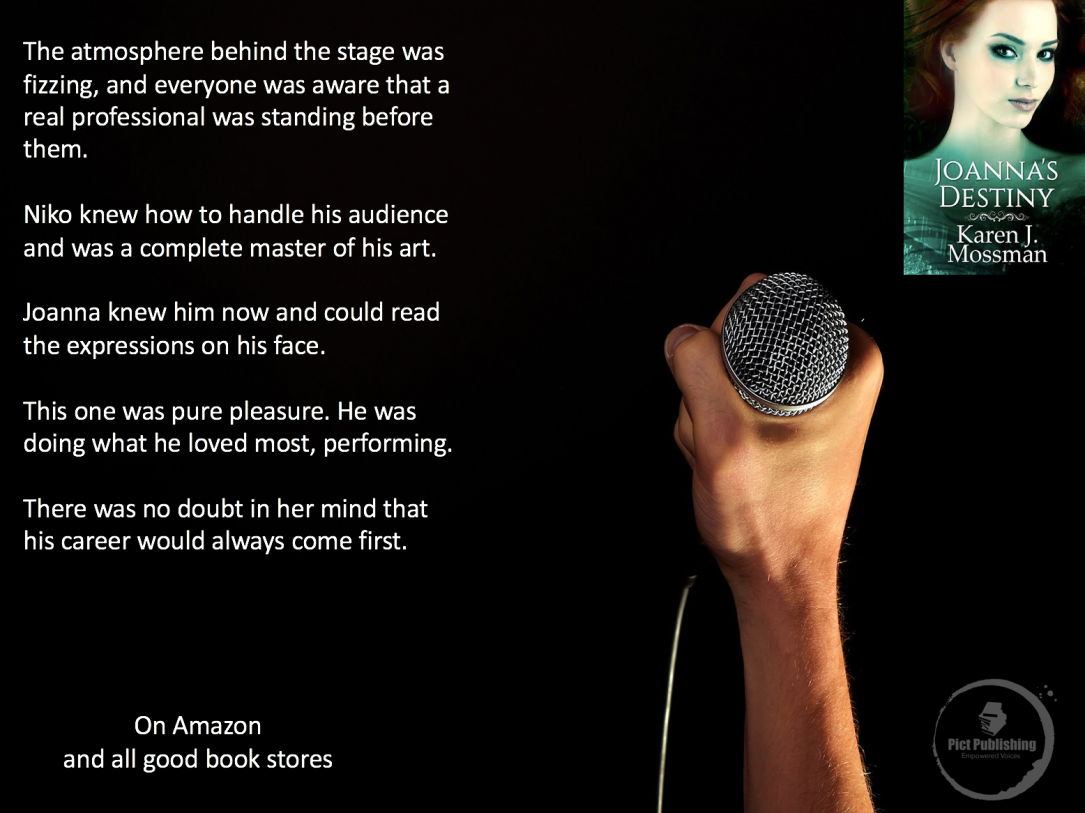 ‘Joanna sat opposite him, so she could watch him as he spoke. “She got pregnant,” Niko continued. “We married and then everything I did was wrong. She’d somehow gotten in with my family. I had an album to record, and she wanted me with her. Hell, I think she expected me to carry that damn baby.” Joanna felt uncomfortable as she drank slowly. “I was trying to write and record, and she complained all the time. My mom gave me lectures, my sisters gave me lectures…it was shit!” He got up and refilled his now empty glass. Joanna shook her head as he raised the bottle to her. He was looking tired.

“I tried to do the right thing, stopped what I was doing and spent time with her. It still wasn’t good enough. After the baby birth, I was keen to get back to work.”

Joanna couldn’t help but sympathise. She knew how important it was to him. How could anyone tell him not to?

“Everyone thought I should spend time with the baby. All it did was yell, and I couldn’t work with that racket. Things went from bad to worse and finally I’d had enough and walked out.”

“You left her holding the baby?”

“I know it sounds bad. Things were bad. That’s why my family won’t talk to me. I had pressure from the record company as I was still under contract. I was just being pulled both ways, and no one understood the other side. Something had to give and it sure as hell would not be my career!”’ As if Joanna’s life wasn’t complicated enough, there was her boyfriend Mike to consider. He hadn’t wanted children, she had known that from the start. He was horrified to find  out she was pregnant and felt betrayed. The moment he told her what he wanted came as a shock as she always thought she could talk him round. As a couple, Joanna and Mike hardly ever rowed but things were different now.

‘Joanna folded her arms and glowered at him. “This is also my house too, and I’m not going anywhere, either.”

“You heard me. Get to the doctor and tell him you want an abortion.”

“I can’t,” she gasped, realising that she couldn’t do that.

“I lost one child. I can’t kill another.” And that was the truth of it.

Mike looked stern. “You either get rid of it or piss off with it.”

That night as she lay in bed, she realised she hadn’t told him about Niko after all and went over her options. The following day she made an appointment with a clinic. It was awful as there was no one to talk to, and no one to tell her she was doing the right thing.’