Neville Jones wanted to build a pipe organ in his garage, but there was a problem.

This book is a bit twisted, in the nicest sense of the word. It started out one way and then went another and then another! Meaning, I thought it was an unusal story, then it took a turn and I thought it was going to be something else, something a lot dark, but it changed again.

It’s a clever tale about a man who wants to build and organ in his house and the obstacles he has to overcome, including that of a hurricane.

There are many ways the story could go and it doesn’t go in any direction that I suspected.

I liked his wife, which again, I thought her story was going to turn out to be sinister, it wasn’t and ended up being sad.

Neville Jones should have been an evil man, but he wasn’t, the author didn’t quiet say what happened to other people in the story and cleverly left you wondering.

This is a nice edition to Electric Eclectic books and one that should be read to experience the mind of the author. 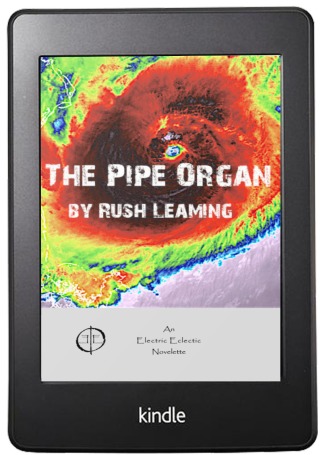 2 thoughts on “The Pipe Organ by Rush Leaming”