“The Blind Alien is a story with a highly original concept, fascinating characters, and not-too-subtle but truthful allegories.  Don’t let the sci-fi label or alternate Earth setting fool you–this is a compelling and contemporarily relevant story about race, sex, and social classes.” 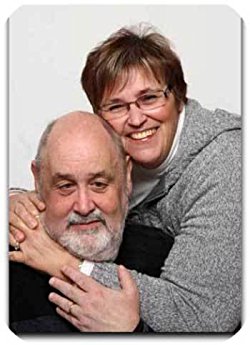 Besides his 33 years in the classroom, Dr. Wesley Britton considers his Beta-Earth Chronicles the most important work he’s ever done. “I suppose an author profile is intended to be a good little biography,” Britton says, “but the best way to know who I am is to read my novels.”

Still, a few things you might like to know about Wes include the fact he’s the author of four non-fiction books on espionage in the media, most notably The Encyclopedia of TV Spies (2009). Beginning in 1983, he was a widely published poet, article writer for a number of encyclopedias, and was a noted scholar of American literature. Since those days, for sites like BlogCritics.org and BookPleasures.com, Britton wrote over 500 music, book, and movie reviews. For seven years, he was co-host of online radio’s Dave White Presents for which he contributed celebrity interviews with musicians, authors, actors, and entertainment insiders.

Starting in fall 2015, his science fiction series, The Beta-Earth Chronicles, debuted with The Blind Alien. Throughout 2016, four sequels followed including The Blood of Balnakin, When War Returns, A Throne for an Alien, and The Third Earth. Return to Alpha will be the sixth volume of this multi-planetary epic.

Britton earned his doctorate in American Literature at the University of North Texas in 1990. He taught English at Harrisburg Area Community College until his retirement in 2016. He serves on the Board of Directors for Vision Resources of Central Pennsylvania. He lives with his one and only wife, Betty, in Harrisburg, PA.

The epic opens when Malcolm Renbourn, a young history teacher, walks into an ordinary bank on an ordinary day. Suddenly, he feels excruciating pain. Unexpectedly, he loses his sight and discovers he has been drawn against his will across the multi-verse to a slave-holding country on a parallel earth. He doesn’t understand a single word he hears, but he soon comprehends that he is the focal point in the quest to end a plague that kills three out of four male babies their first year on Beta-Earth.

Branded state property, he must escape, but where can a blind man in a strange world dominated by desperate scientists run? And on a world where polygamy is the norm, how can Malcolm Renbourn adapt into becoming the husband of five independent wives who never expected to be the mothers of a generation a planet hopes will carry the genes that will change everything. And that’s just part of the story.

Much of Malcolm’s background was drawn from my own life, especially his blindness and the treatment he endures because of it. Some of his more bizarre encounters actually happened to me, many of them quite comical. People have asked Malcolm and me all sorts of strange questions over the years—Do blind people sleep with their eyes open or closed? How does a blind man aim properly in toilets? Did I know I had a beard?

Of course, most of the book is pure imagination, as in the ghastly plague that kills three out of four male babies their first year, resulting in Beta-Earth’s culture of polygamy. Hence, Malcolm’s growing tribe of wives and children. 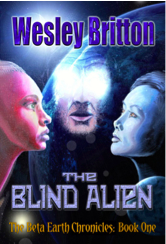 Here are a couple more reviews for Blind Alien which is priced at only $0.99

“An excellent work of new SF that hearkens back to the classics of Asimov and Heinlein. Told from the viewpoint of the different characters, it is a tale of a man from our earth (Alpha) being unwittingly transferred to a parallel earth (Beta) where he must learn to adapt to new cultures, attitudes, languages at the same time as coming to grips with the loss of his sight. Each of the characters are fully developed and well defined and being able to hear their thoughts about each encounter brings a richness to the narratives. Politics, religion, social mores and relationships are all examined from both without and within.”—Dave Massengale, Amazon review

“Spymaster and imaginative author, Dr. Wesley Britton has another big hit! His book takes the reader on a compelling journey of an Alpha earthling who has been spirited to planet Beta. Science-fiction, yes, but much more. The book explores science, medicine, commerce, education, spiritual life, family life and sex on an alternative planet which at times is insightful and hilarious in its comparison to our own Earth. In an ingenious way, Dr. Britton has created a new grammar and vocabulary to continually intrigue the reader. A true winner!” –Bobbi Chertok, Amazon Reviewer

Explore Beta-Earth with Tribe Renbourn as the “Alpha Man” and his wives face irresistible prophecies, island tyrants, the curse of the “Plague-With-No-Name,” and a horrifying death-trade.

Just when Tribe Renbourn is certain they’ve found sanctuary in the country of Alma, they must battle a mutant girl from the aristocracy, a lecherous prince, a theocratic church, and take sides in a world-shaking civil war.

After leading a fleet of exiles from the Alman civil war, Tribe Renbourn becomes

embroiled with a duplicitous island royal family, the fight to end the “Plague-With-No-Name,” the invasion of a deadly foe, and the demanding will of the harsh goddess of Beta, Olos.

Forced to leave Beta-Earth behind, six members of Tribe Renbourn are forever transformed when they travel across the multi-verse to be captives of a very different kind of humanity of pairs and must lead the rebellion of the single-bodied “nams.” 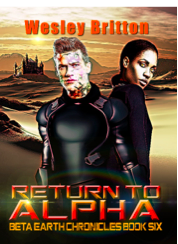 Forty years after Malcolm Renbourn was drug across the multi-verse, two of his children from Beta-Earth, and two from Cerapin-Earth travel to our planet where they encounter a world suffering from biological war, climate change, religious zealotry, and fear of what these aliens might bring to a suffering humanity.

Find out more about The Beta Earth Chronicles here.