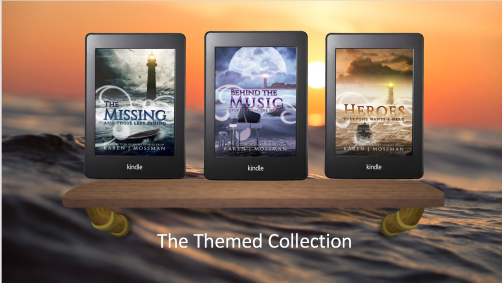 Book 1 is The Missing
5 short stories

Excerpt from The Runaway

He paused and then said: “Mandy, where are you?”
“I’m in Scotland.”
“Scotland? I never thought of there. I was beginning to think you were dead. After you left, I knew you were out there and one day I woke in the night sweating like something bad happened.”
“I was living rough in Manchester for a long while,” she said.
“We went into town and searched for you.”
“They were horrible days. I don’t want to remember them now.” Her mind instantly took her there and she had to shake it away.
“What are you doing in Scotland? How did you get there?” There was anxiety in his voice.
“I walked and now I’ve got a great job and a boyfriend and life is good.”
“So you won’t be coming home?”
“No Aaron, I couldn’t come back.”
“Where are you living?”
“In a hotel, I live and work here. I go for long walks in the hills. It’s beautiful and peaceful, and I wouldn’t like to live in the city again,” she said.
“What’s the hotel called?”
“The Glengower, but it’s a long way from everything.” She looked out of the dark window and imagined the lawns with the sunlight on them. “You’ll not know it. What about you, have you been okay?”
“Not really, but I don’t want to say that because I’m scared you will put the phone down on me.”
“I won’t, I promise. Why haven’t you been all right?”
“Why do you think?”
“Because of me?” She chewed on her bottom lip.
“Yeah. It might have been five years, but it was like yesterday. There was always something missing, like none of us can do anything, because you’re not here.”

Book 2 is Behind the Music
6 short stories

Excerpt from A Cry in the Night

Stepping out, he kicked his jogging clothes to one side and walked naked into the bedroom choosing another similar pair and a tee shirt. Barefoot he walked over to the piano, they had troubled they had getting it in, but after a fair bit of sweating, managed it. Sitting, Rick stared at the keys, his fingers hovering over the ivories. He looked up and out of the window for a moment.
“Damn!” he muttered, getting up again and poured himself a whisky as his thoughts drifted to the girl downstairs. What made her sad enough to cry all the time? He took a sip and stared out at the ocean.
Sitting back down, he splayed his fingers over the ivories and let the solitary sound wash over him. In his mind, he conjured up an image of her as his fingers danced along. He stopped, wrote on a pad, and then played some more.
After repeating this several times, the music became soft and mournful. He took another slug of whisky and it scorched his throat. His fingers went back to the keys now playing with harshness and before long he had a chorus.

I was appalled to see so many boy soldiers. I tried to talk to them but they laughed at me. They had been brought up on hate and I couldn’t reach them.
Zoran a Serb, was my main tormentor at the camp. Because I could speak to him in his own language, he took pleasure in mocking me. I shall never forget that first day when I naively believed I could make him understand how he was hurting people.
I was kneeling in front of him with my hands tied behind my back. He said, “If the Jugoslav federation was broken up then Serbia would lose its influence and wealth. Ethnic cleansing is the only way to keep our birthright!”
He talked over my head as he held a cigarette in his hand.
“But it is not just your birthright,” I implored, “It’s the Croats….” He hit me then, a slap across the head.
“You don’t know what you’re talking about!” His lip curled as if I was dirt under his boot. “You are less than a woman! A real woman is like this.” He moved his hands in the shape of an hourglass.
I tried to plead with him, “These people bleed like you. They feel like you do.”
In answer, he raised his boot and kicked me.
He had probably never heard of human rights. All that mattered to him were his own rights. I had tried to tell him that love was a far better way for the soul to live but he laughed out loud at that.
“So what is your definition of love?” I continued, determined not to give up as the pain made my body ache.
“Making love to a good woman just before she dies, and a beer just before you drink it.” He spat on the floor and stubbed his cigarette out on me.
I tried not to cry as they dragged me back to my cell, but I was weak both in mind and body.