Would you doom yourself to darkness if it meant saving the one you love?
Ryver is the only telepath in living memory. Whether he wants to or not, he can hear the thoughts of everyone around him–their desires, their fears, and their darkest secrets. As a Vampire and Guardian of the Order, his skill is an asset. As a man, it’s a burden he wishes he didn’t have to carry. That is until he meets Ria. She’s beautiful, shy…and human. More than that, she hears him.
A chance meeting brings them together, but the truth could rip them apart. Ria isn’t what she seems. As her heritage is revealed, can they find the light? If they do, it will enrage an old enemy and threaten everything they hold dear. If they don’t, one of them will be lost forever. 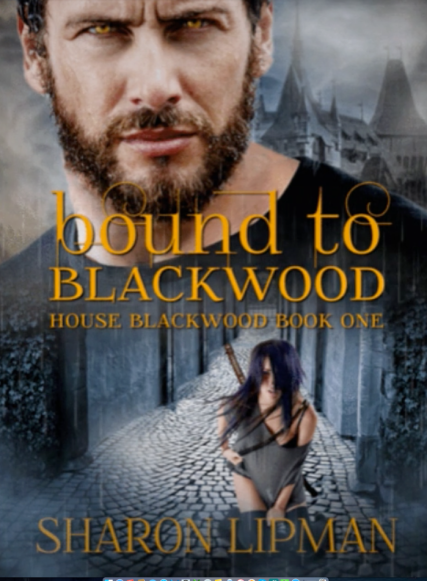 Would you surrender your soul for the love of the King?
Lena, a vampire and a Guardian of the Order, has been honour-bound to protect human souls all her life. Acting first and thinking second is what’s saved her skin time and again in the war against the Fallen, but her disregard for orders soon catches up with her when her boss is seriously injured. Forced to take responsibility for her actions, Lena is thrust into the path of her very own kryptonite; Thorn. The raw power of his soul calls to her and his mere presence lights a fire within her that she cannot contain. With Vampire magic waning and the race in crisis, can either of them afford to ignore Nature’s call? If they do, the future of the race is in jeopardy. If they don’t, they will both lose the most precious part of themselves. Their souls.

A huge fan of the paranormal romance genre, Sharon Lipman started writing in her teens. It wasn’t until she was in her thirties that she found a story she was desperate to share and House Blackwood was born. Her debut novel, Bound to Blackwood was published in 2015.
She was born in west London and grew up in leafy Surrey in south-east England. A lover of all things British, except the weather, she now lives in a tiny mountain village in Almeria, southern Spain with her husband and an ever-growing collection of dogs.

Enter the giveaway to be in with a chance of winning a $10 Amazon gift certificate and an e-copy of Bound to Blackwood.