Yesterday it rained solidly so when I awoke and the sun was blazing through the curtains, I decided to go on an early morning walk. Everything was fresh and new and it set me up for the day. Sometimes it is the simple things that give the most pleasure.

I walked into the village and up a small hill which gives the lovely views over the fields. As I turned to look at where I had come from I could even see the Snowdonia mountain range in the distance.

Descending down the other side I saw the sheep had congregated together and looked like as if they were waking from a night’s sleep. I had no idea sheep did that and it was a pleasure to see. 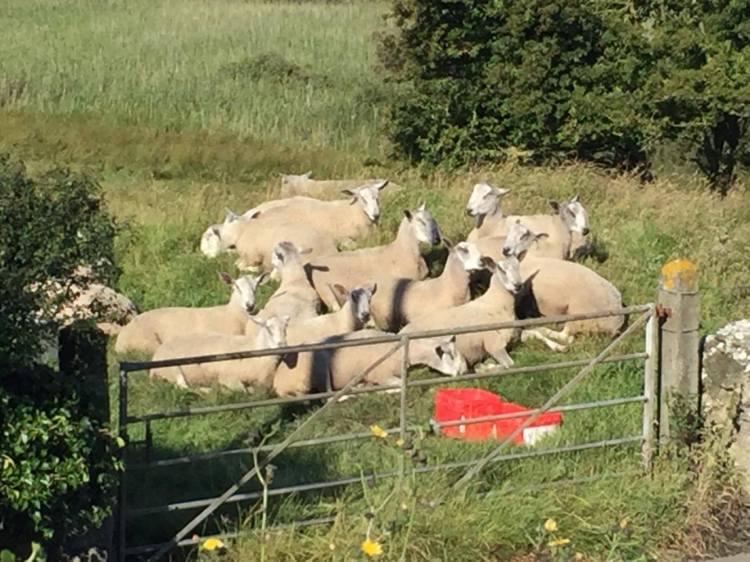 A small Hydrangea bush caught my attention next as I walked further up the road. There were some bungalows set back and I wondered someone had planted it on the verge. It looked really pretty.

I wandered towards the A55 roundabout where the bridge goes over the road and looked at the passing traffic. I had to wait a moment or two before a car came.

This is the road used by lorries carrying goods heading towards the ferry that will carry them over to Dublin. At this time of year, the holidaymakers are on their way to one of the many caravan and camping sites or beaches in the area.

It’s busy at this time of year, but not so much in the early mornings. I stood here awhile contemplating, and I couldn’t help but think of Manchester, where I used to live. It has a constant flow of nose-to-tail traffic with seemingly never ending roadworks that caused constant chaos, noise, and pollution.

As the birds sang, I felt a million miles away from there, instead of the two-hour drive to return.  It was only on a recent overnight visit that I realised the city never does sleep. There is always a constant hum of people, cars, sirens, planes, and music. I have become so used to the peaceful nights only interrupted by the bark of a dog and in the mornings the sound sheep or horses. This quietness doesn’t suit everybody, but it does me. 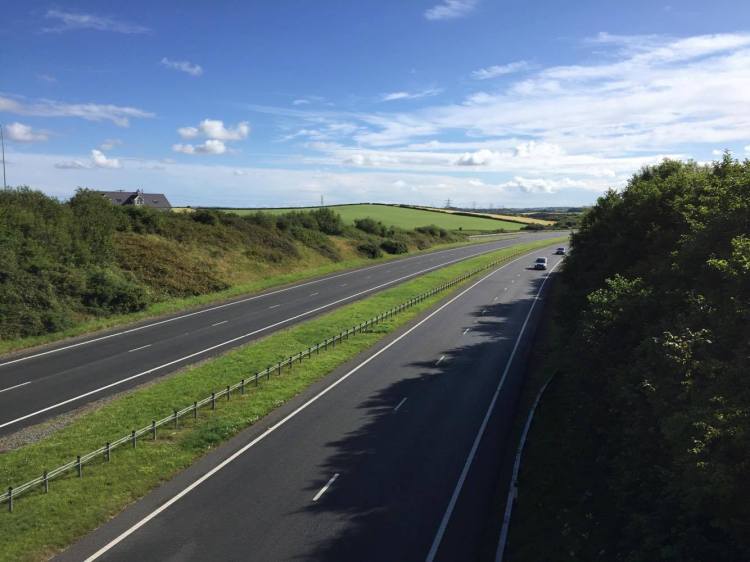