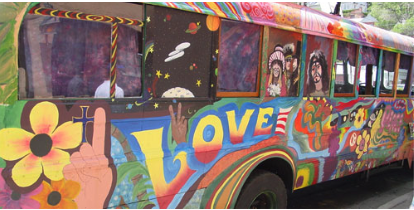 They swayed barefoot in time to the hypnotic music of Jefferson Airplane, multi-coloured kaftans flapping in the breeze, their hands high above their heads, eyes closed; the air thick with the sweet fragrance of weed. All around couples lay on the grass embracing, smoking or just chilling in the hot summer sunshine. Babies slept and small children ran about, giggling, naked, just as drunk as everyone else on the joy of love and life.

The Love-In had been almost spontaneous, a version of Haight Ashbury under the huge shadows of Stonehenge, they’d come from everywhere; by transit vans covered in psychedelic art, by converted Bedford coaches, by motor-bikes with sidecars and on foot. Somehow the word had spread and hundreds of Flower People were now mingling with bewildered Druids all waiting for that moment tomorrow morning; the Summer Solstice.

Smiling girls, the waft of musk heavy upon them, moved amongst them handing out flowers and beads, eyes glassy, skin tanned and glowing with youth. Bare-chested, long-haired, bronzed and beautiful twenty-something Greek Gods moved in and out of the gathering, girls watching their every move hungrily, hoping to catch their attention and perhaps share some ‘Free Love,’ later. The air was thick with expectation, excitement and love.

Several groups had arrived earlier, setting up their gear near the silent stones under the keen gaze of near-naked young girls, their interest having little to do with music they would hear later. The same girls had been busy writing their lip-stick messages over the group vans, invitations and declarations of undying love. The hopefuls were eyed with disinterest by the musicians, splifs hanging from their lips as they went about their tasks. All were ripe for the picking, it didn’t matter which they ended up with; there were plenty to go round.

Scott McKenzie told them ‘to be sure to wear flowers in their hair,’ his vocals floating across the almost silent masses. Someone had managed to set up a PA earlier and a Phillips Record Player strained against the drone of a passing aeroplane, high above in the clear blue sky, sunshine bouncing off its wings. San Francisco was in their thoughts, their hearts, and the words of the John Phillips’ song was their anthem, soon voices lifted and joined in with the chorus. Couples embraced, their bodies moulding into one as they swayed gently.

Later, when the groups had finished playing night came, camp fires were lighted and a hush blanketed the faithful and the Hippies, anticipation filled the chilled air. Some slept but most sat chatting quietly, waiting. Soon it would be time.

They rose as one, Druids and Hippies as the sun came up and consumed the spaces with its light. Druids performed their rituals, watched in respectful silence until it was over. A huge roar rose. Dancing, singing, laughter was everywhere. The ‘Summer of Love,’ began again, music filled the fragrant air once more; all was peace and love. 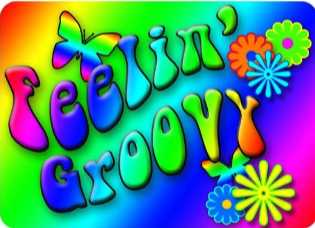 You can find Jane on Social Media

11 thoughts on “Summer of Love”