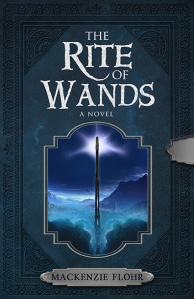 And so begins the tale of Mierta McKinnon. When a horrible fate reveals itself during his Rite of Wands ceremony, he must find a way to change not only his destiny but also the land of Iverna’s.

Forbidden from revealing the future he foresees to anyone, he is granted a wand and his magical powers, but still, must master the realm of magic in order to save himself and those he loves.

But Mierta is not the only one with secrets…especially when it’s impossible to know who to trust.

“Mierta!” Mortain shouted at the top of the stairs, hearing nothing but his own voice echo. Watching smoke drifting out of the open doorway, Mortain took in a deep breath and tried to slow down his heart. The aroma of acrid chemicals and burning flesh filled his nose.

“Mierta!” he shouted again. “Son, you all right?” He listened, hearing nothing more than what sounded like gasping breaths.

“Father,” Mierta mouthed in response to Mortain’s calls, unable to produce any sounds as he dropped to one knee. His heart was pounding. Each pulse matched the ache he felt in his temples. A deep burning pain seared through his chest every time he took a breath. It was like he was slowly being strangled and there was nothing he could do to stop it. The inside of his nose felt charred and his throat felt like he was swallowing tacks. He blinked, his eyesight blurring, the pain beginning to overwhelm him. Nausea built in his throat and droplets of sweat slid down the side of his face. He wished he could do anything to end the torture. He could not imagine dying would be much worse.

Mierta attempted to stand and tried to get away from the workbench. He managed a few staggering steps before his body was drained of all energy. He watched puffy white circling clouds fill his vision before everything was replaced by darkness.

Mortain felt his stomach drop at the sound of something breaking. “Mierta!” he screamed, racing down the stairs. “Mierta, answer me!”

When he reached the bottom, Mortain abruptly stopped, taking in the horrific scene before him. His son was unconscious; lying sprawled out on his back. What remained of a small culture tube lay shattered next to him, and chemicals dripping from a workbench bubbled and fizzled as they made contact with the hardwood floor.

Mortain raised his arm to his mouth, careful to not inhale any of the smoke that was filling the room. He trembled as he came closer, observing the damage that had been done to the left side of his son’s face.

The skin was mostly raw red with patches of peeling burned black skin hanging off his face. Blood was seeping from some of the deep crevasses caused by the acid. Most of the damage was confined to the cheek and jaw area. His eye was spared any damage.

“Oh, my dear Lord,” he uttered, fear filling his heart. “My poor boy! What have I done?”

Mackenzie Flohr grew up in the heartland of America, chasing leprechauns and rainbows and dreaming of angels. Her parents nurtured a love of fantasy and make-believe by introducing her at a very young age to the artistic and cultural opportunities that the city of Cleveland had to offer.

From the time she could hold a pencil, Mackenzie was already creating pictorial interpretations of classic stories, and by the age of nine, she and a childhood friend were authors and reviewers of their own picture books.

While following her love of adventure, Mackenzie found a second home, the Beck Center for the Arts Children’s and Teen Theater School. It was there that a world of wonder was only a script and a performance away.

Yet it wasn’t until she was on a trip to Indiana, viewing a Lord of the Rings exhibit, that the innermost desire of her heart became clear to her. She wanted to write a fantasy of her own, one that could inspire imagination in others and lead them into a magical world of their own making. She hopes The Rite Of Wands will do just that. 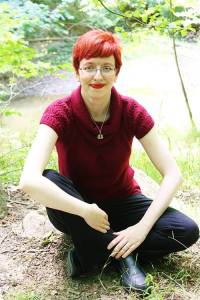 Connect with Mackenzie on Social Media 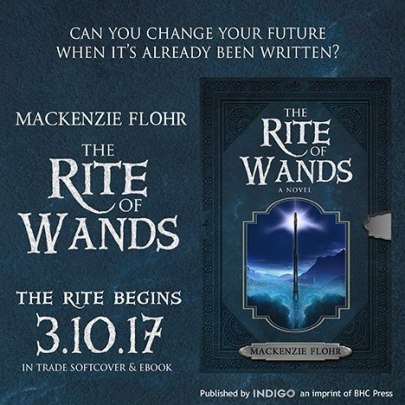