The Magic of Stories

We have had a new restaurant opened here in Stretford, Manchester and it’s right on the main road opposite the shopping mall. Prime position for passing motorists as well as shoppers. It came in kit form and they had it built and opened within a few short weeks. 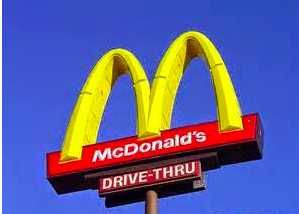 I visited on the second day of opening, with my daughter and grandson, and there were slightly more staff that customers. They were extremely friendly and welcoming and we were guided to the new pre-pay machines, the only ones in this area, we were told. At the end of our selection we were given a number, Argos style,  and we went over to the counter to collect. our food.

As I waited for mine, there was a manager overseeing the assistants. One of them was waiting for the drink to be put on the tray.

“Go and greet the customer,” I heard…